In early March, former professional boxer Dewey Bozella met youth housed at Gainesville Regional Youth Detention Center to share his story on being wrongfully imprisoned 26 years for a crime he did not commit. Bozella was convicted in 1983 for the murder of an older adult and served 26 years in prison before having his conviction overturned with help from the Innocence Project in 2009. Now a former heavyweight boxer and motivational speaker, Bozella travels the county encouraging incarcerated adults. During his visit to DJJ youth, he implored the youth to take advantage of every opportunity while detained to build their minds and skillset. 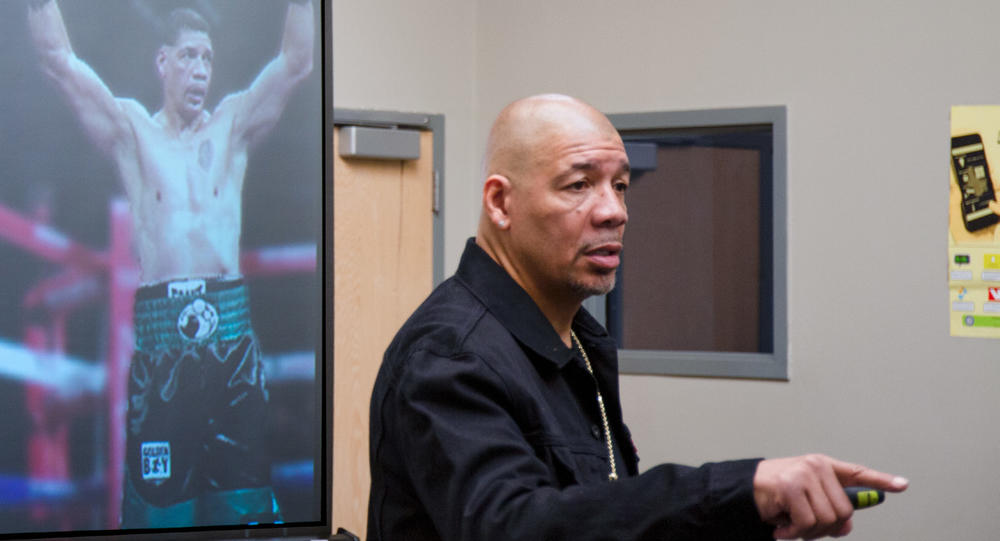 In 2011, Bozella was the recipient of the ESPN Arthur Ashe Courage Award for his inspirational story. Later that year, he made his boxing debut, winning his first professional fight. His incarceration journey has been reported on numerous media platforms, including the  ESPN film series 30 for 30.