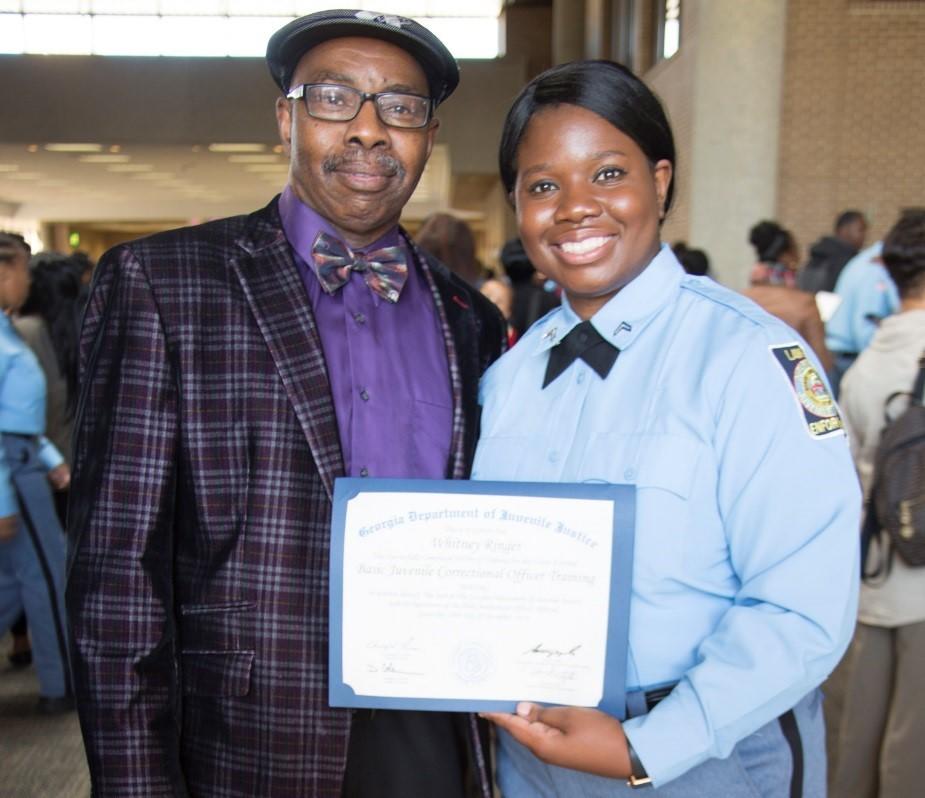 In 1996, retired DJJ JCO Zachery Ringer began his correctional career at the DJJ Bob Richards RYDC in Rome, GA. He accomplished many things in his prosperous career inside and outside of DJJ. He served in the United States Army before joining the DJJ team, where he served as a JCO Lieutenant before he retired in 2016 and is currently Pastor of the First Baptist Holy Church in Rome. Now, more than 20 years later his daughter, JCO Sergeant Whitney Ringer is making her own mark on DJJ.

A deacon at the time, Zachery Ringer wanted to give youth a different outlook on life that did not involve criminal activity. He went to talk to DJJ youth and ended up putting in an application. For him, it was not just a job, but an opportunity to be a positive role model.  As a JCO at the Bob Richards RYDC, he started to mentor the youth and served as a father figure, providing guidance to youth. “It is important to show them love and respect,” said Pastor Ringer. As youth left the facility, he would often invite them to church.

Whitney is the youngest of Pastor Ringer’s four daughters. A military brat, Whitney was born in Germany, but spent her childhood in Rome, GA.

When Whitney decided to follow in her father’s footsteps and become a JCO, it was unexpected for both Whitney and her father. “When I started working with DJJ in 2018 it was a big career change,” said Whitney. “I initially wanted to work in human resources for the Rome facility, but I saw the facility needed help in security.”

“I never thought she would go in that direction, but I am glad she did,” said Pastor Ringer. “She is a people person. You have to love people to be a correctional officer.” 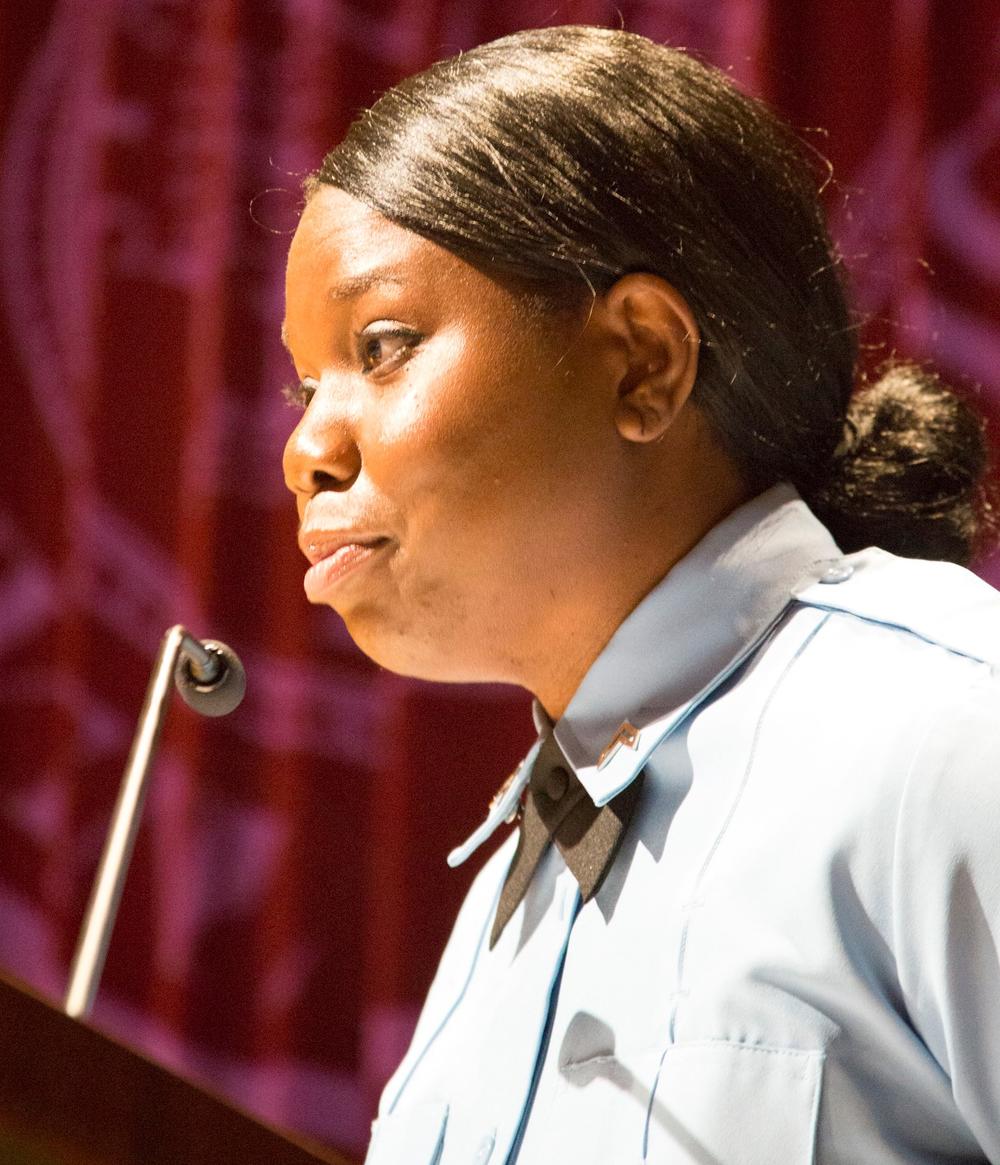 Graduating from Basic Juvenile Correctional Officer Training with Class #230, Whitney served as the graduate speaker for her class. With the communications and customer service skills she acquired before working with DJJ, she knew she would be able to minister to youth and get them to change their mindset.

Whitney began working as a JCO at the Bob Richards RYDC where her father had worked for so many years. DJJ retired Pastor Ringer’s call number after he left the facility. To Whitney’s surprise they gave her his call number, number 16, when she started working at the RYDC. “Usually cadets do not receive low numbers. It had not been given out in three years,” she said.

She was soon transferred to the Elbert Shaw RYDC in Dalton, GA, but continues to split her time between the Rome and Dalton facilities.

Having an open mindset, being focused on security, and how you carry yourself are important components of being a great JCO for Whitney. “Bring something interesting to the table, always have something for the kids to do and talk to them,” she said. “Most of the time they just want somebody to listen to them. Have a connection and build a rapport with the kids, wearing whatever hat you need to whether it be a counselor, brother or sister.” 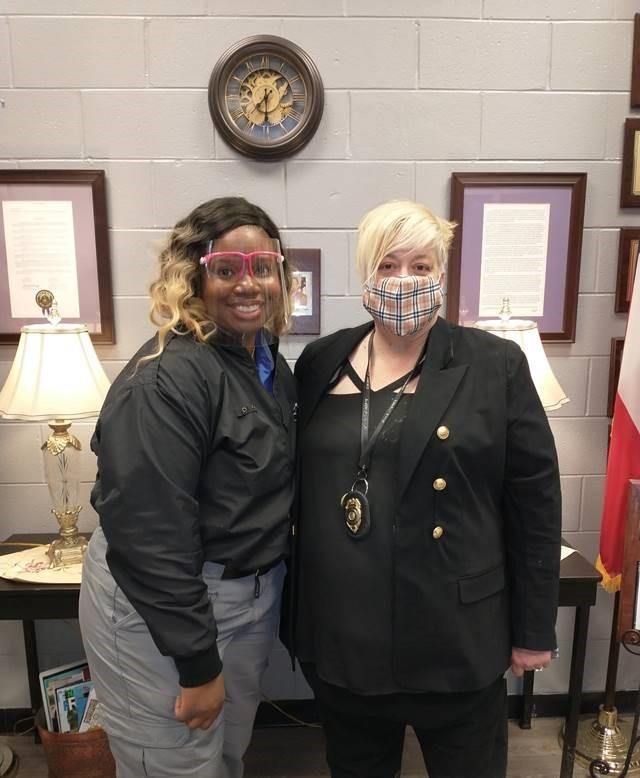 After only two years with DJJ, Whitney was promoted to Sergeant in Aug. 2020. She often gets advice from her father on how to best handle situations. “Everyone still speaks so highly of him,” said Whitney. He encourages her to go with her gut instinct, always watch her back, take it one day at a time and go in everyday with a fresh attitude. Ultimately, Whitney’s goal is to become a Deputy Commissioner to help ensure decisions are made that will help those in the facilities.

“Whitney being my youngest daughter, I never believed she would be the one that watched me the closest,” said Pastor Ringer. “She is an inspiration to the children and has a true love for people. I am proud of Whitney and I know she will make a difference.”